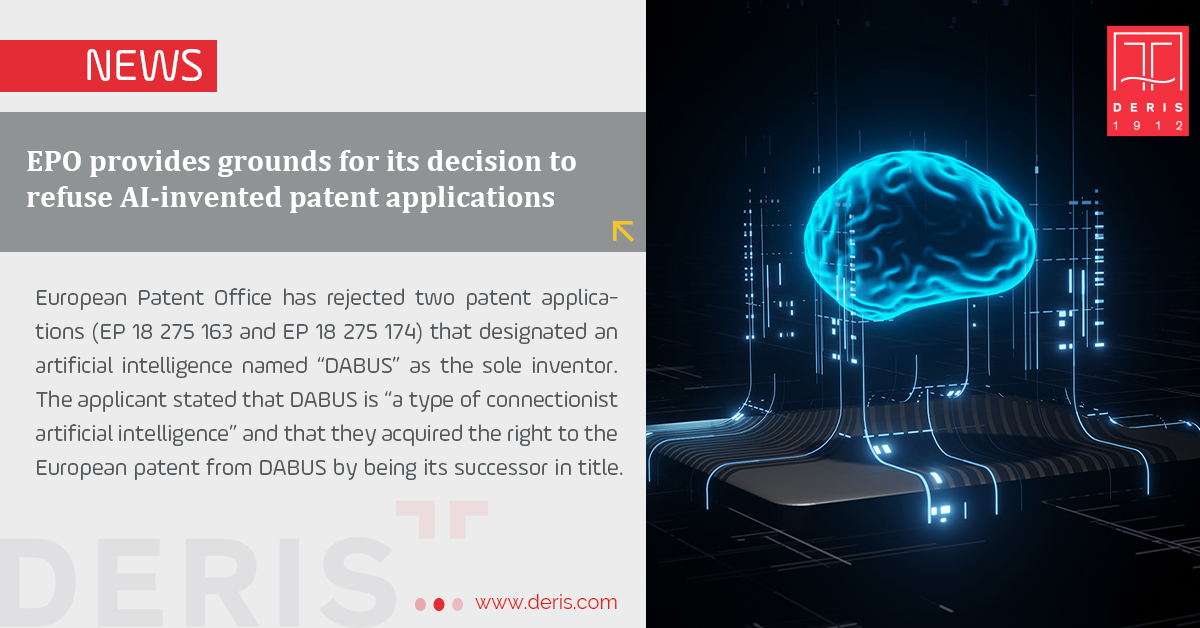 On November 25, 2019, the European Patent Office has rejected two patent applications (EP 18 275 163 and EP 18 275 174) that designated an artificial intelligence named “DABUS” as the sole inventor. The applicant stated that DABUS is “a type of connectionist artificial intelligence” and that they acquired the right to the European patent from DABUS by being its successor in title. But, both applications have been refused for failure to comply with the formal EPC provision regarding the designation of inventor and now, EPO has published its reasons to refuse them.

According to the EPO, when a machine is designated as inventor, the requirements of Article 81 and Rule 19(1) EPC have not been met, because Rule 19(1) EPC requires designation of inventorship to comprise a family name, given names and full address of the inventor and name of DABUS cannot be equated with names of natural persons. EPO stated: “Names given to natural persons, whether composed of a given name and a family name or mononymous, serve not only the function of identifying them but enable them to exercise their rights and form part of their personality. Things have no rights which a name would allow them to exercise.” In addition, in the EPC, inventors have various rights (Article 62, Article 81 EPC) but AI systems or machines have “at present no rights because they have no legal personality comparable to natural or legal persons." Thus, since AI inventors do not have rights, they cannot “own its output or any alleged invention” and they cannot be considered to be a successor in title.

The refusal can be appealed by the applicant within two months and it is expected to be appealed.