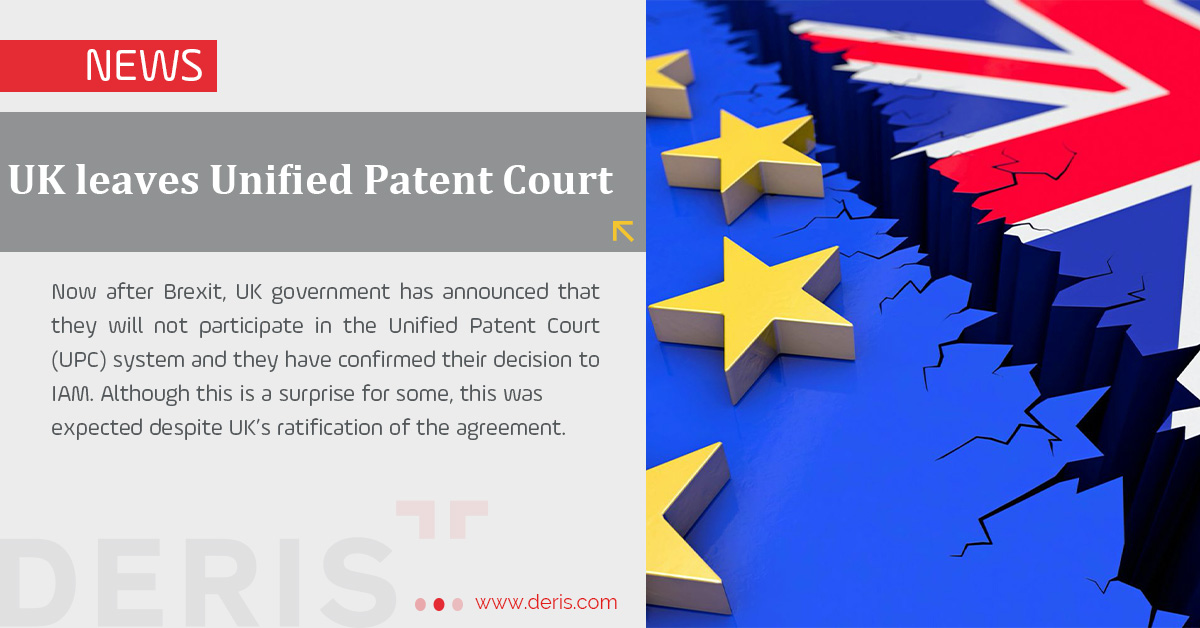 Now after Brexit, UK government has announced that they will not participate in the Unified Patent Court (UPC) system and they have confirmed their decision to IAM. Although this is a surprise for some, this was expected despite UK’s ratification of the agreement. Because, the main object of Brexit is clearly for UK to take control its laws by leaving the jurisdiction of the Court of Justice of the European Union (CJEU). As UPC agreement provides for the superiority of EU law and jurisdiction of CJEU, UK’s participation in the new UPC system had been always in doubt after Brexit. Article 20 of the agreement clearly states that the Unified Patent Court “shall apply Union law in its entirety and shall respect its primacy.”

This decision by the UK government is creating ambiguity concerning the expected operation of the UPC system project.